Loren has spent most of her adult life learning to master the scenic and lighting design tools of the theater. At one time she was asked to consult with the lighting industry helping drive the technology of LED lighting,  drafting programs for theatrical use and options needed for operator ease on live show control consoles.  Loren is a big picture person but believes her success is due to delivering on the details that create polished, professional quality work.

Loren is also a student of sacred texts, myths, and cosmic law. Loren sits at the feet of The Mighty I Am Presence and lives in service to delivering a message of peace and universal unity.

The idea to do original work has always been within her. She finally gained the courage to produce her first large-scale show at the age of 50. The show, The Language of Light, was visually stunning and heart-warming.  Loren receives her inspiration in visual “hits” and that the genius ideas always make her laugh with joy.

Her most recent original work was NU·TOPIA .  It is Loren’s belief that John Lennon and The Beatles can save the planet from its current divisive, hateful, and fractured culture because they hold a  unique place in our culture, everyone loves them. By reminding us all of our divine nature and cosmic connection The Beatles can bring home a vibrational wallop that can change the current trajectory of negative emotions.

Loren is a big fan of Cirque du Soleil’s artistic aesthetic but yearns to bring story and meaning to the visual treats Cirque delivers. Loren work combines the immersive experience, multi-media approach with a very strong message hoping to elevate the experience of Spectacle to Spectacle with Soul. 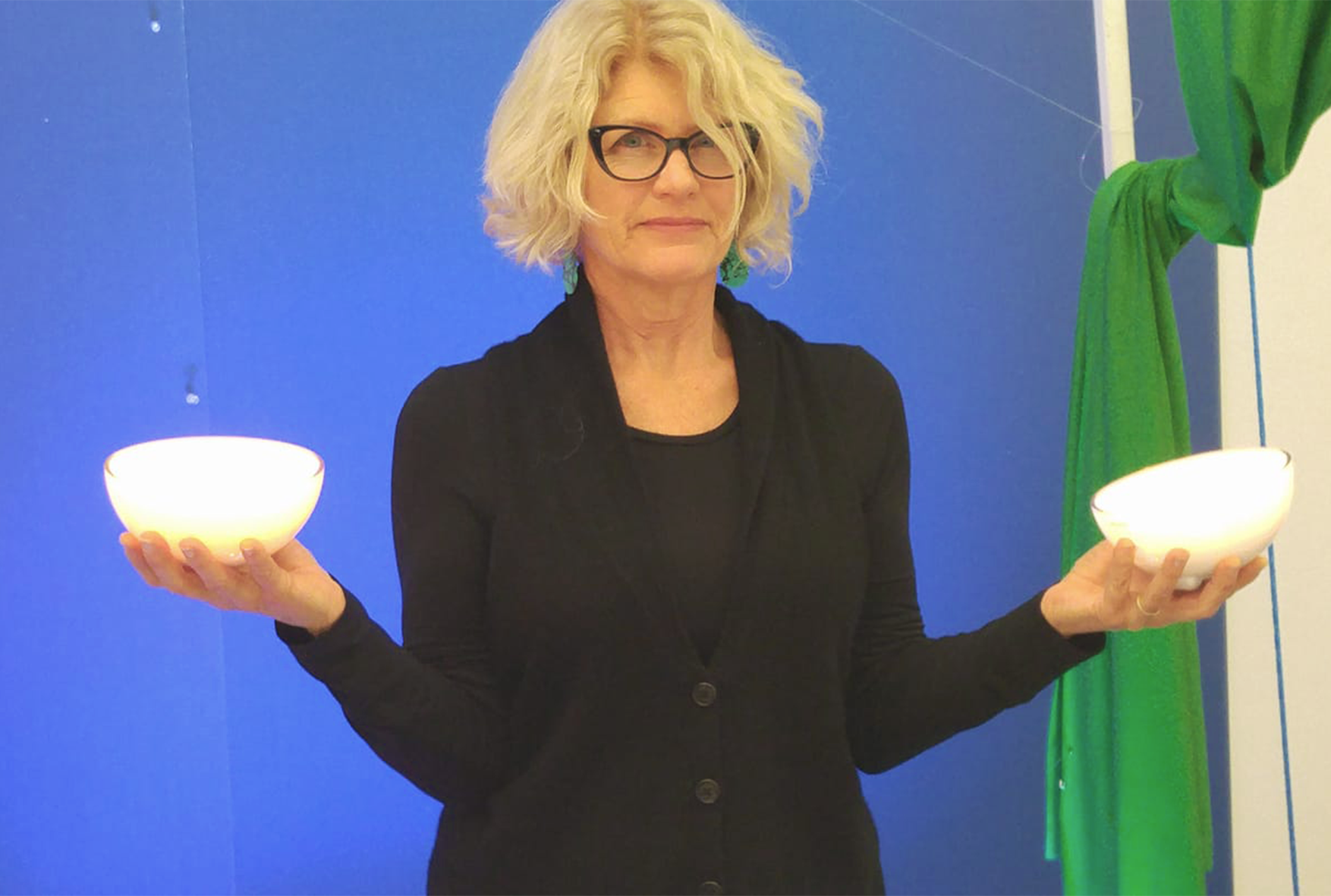 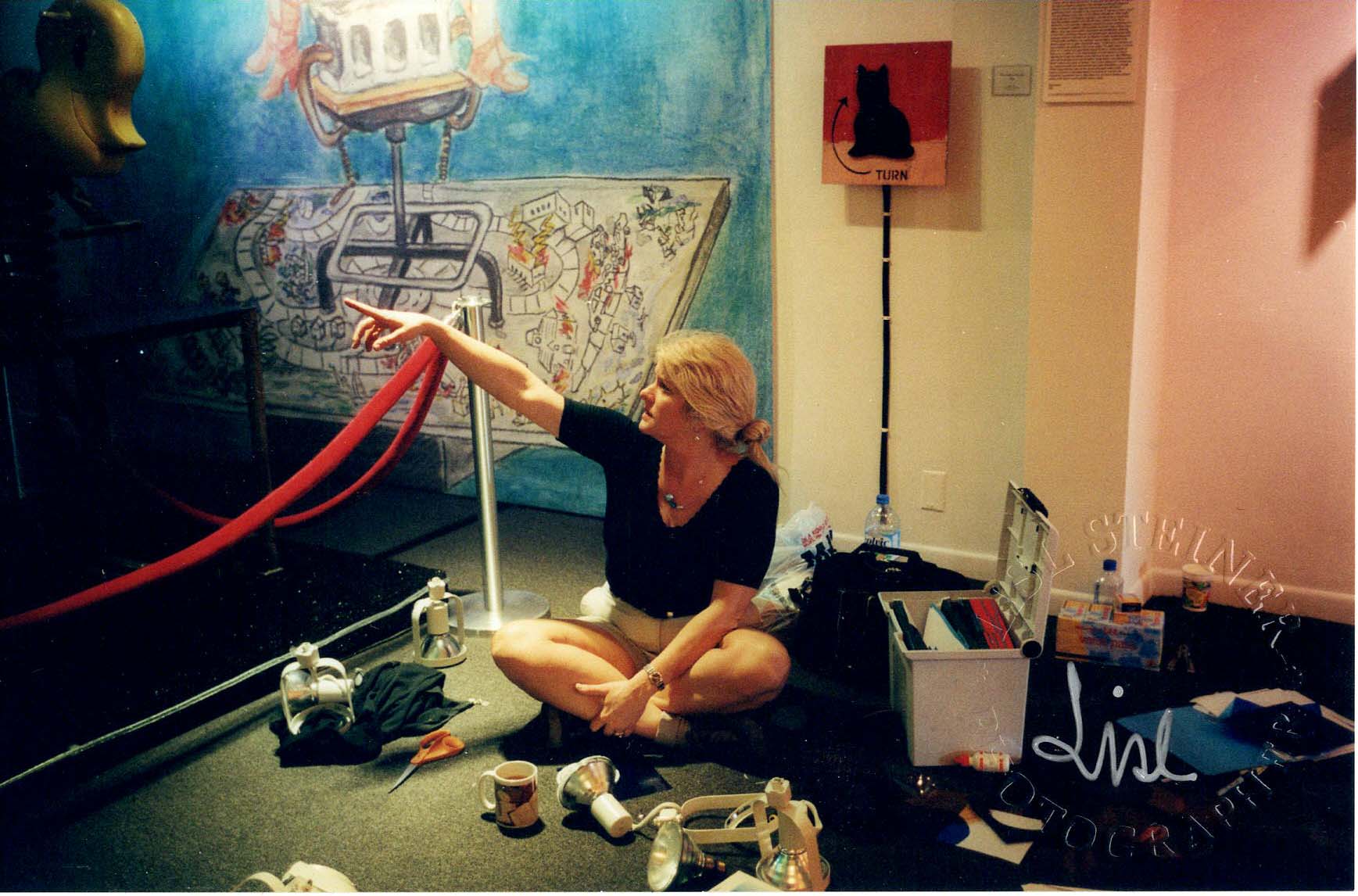 Designed all aspects of the production

Design all aspects of the production including all scenic elements, video production, lights, sound, costumes, programs, advertising and website.

The Language of Light October 2008

Design and implementation of the annual Donor Dinner event.

Lighting Design and Operation for Video and Still Photo Awards

Lighting Design and Operation for various venues. The years this event played at the Wheeler Opera House I assisted lighting various acts including Willie Nelson, The Eagles, Linda Rondstadt, James Taylor, Faith Hill and Tim McGraw. In other years I did production design, crew hiring and stewardship services and operated the lighting.

Produce private event with Penn and Teller as entertainment for Jeff Bezo’s (Amazon.com) birthday party on the ice skating rink at the Aspen Recreation Center.

1998        A Children’s Odessey, The Rainforest  Choreographed by David Taylor

1999        The Nutcracker Suite by Balanchine, Remastered by Tom Mossbrucker

Responsible for lighting design and operation of all live events. Determine and recommend purchases of all new equipment, including retrofit of theatre to accommodate transfer to Ethernet protocol and update to an intelligent light system with a budget of 1.2 million for equipment, console and rigging upgrades. Direct, manage and supervise lighting crew.

2014    The Hobbit Directed by Graham Northrup

2008    Crimes of the Heart Directed by Michael Unger

2001    I Love You, Your Perfect, Now Change Directed by Alan Osburn

2006    The Memory of Water Directed by Gordon Reinhart

2013    The Producers Directed by Wendy Moore

2012   Crazy for You Directed by Jaqui Edelmann

2007    She Loves Me Directed by Michael Monroney

1995    How to Succeed in Business Directed by Steve Myers

2015   Singing in the Rain Directed by Logan Carter

2012    An Aspen Spectacular Written and Directed by Jayne Gottlieb

1999    Snow White and the Magic Mirror Directed by Bill Shore

1997    Charlie and the Chocolate Factory Directed by Bill Shore

2005    King Arthur and His Court Directed by Lou Rae Doyle

1995    The Princess and the Goblin Directed by Rhett Harper

1988  The Good Woman from Schezwan Directed by Bill Rauch Lone Pine, OR

Dance Progressions is a local dance studio providing instruction for over 220 students. 35 to 45 dance performances are included in their spring recitals.

2012    The Lion King  Choreography by DeAnna Anderson and staff

2008    The Nutcracker Suite  Choreography by Balanchine, re-mastered by DeAnna Anderson

2007    The Enchanted Christmas Party  Choreography by DeAnna Anderson and staff

2007    Alice in Our  Wonderland Choreography by DeAnna Anderson and staff

2006    Passions of the Heart Featuring Choreography by Chung Fu Chang

1998    Flying High in Aspen Featuring a variety of trapeze artist, and stilt walkers

The National Dance Institute is funded privately to teach dance in an intensive four-week process to students in elementary and middle schools.  Live performances culminating at the end of the NDI residency.

Glenwood Springs Dance Festival featured a variety of Colorado choreographers and companies. Performances range from an evening of a single company of work to group shows with a variety of performers.

Lighting Design and execution for Pink Flamingos among other acts at the Benedict Music Tent in Aspen, CO

2013    Sideshow of the Absurd by Pamela Joseph

2005    Sideshow of the Absurd by Pamela Joseph

2001  Sideshow of the Absurd by Pamela Joseph

1999 Created neon electrodes, random patterning and specified automated sound and light generator for “Beauty Shoppe (You Have to Suffer to be Beautiful)”  by Pamela Joseph

1991 Curated exhibit of lithographs by John Lennon along with the opening of the movie about his life Imagine, Snowmass Village, CO

2005        Artist Residency Abduction of the Seralgio  Directed by Richard Lyon