I had a serious sinking feeling the other night.  I realized that the Cabal, the Octopus, the Nefarious Enemy of all heart based humans is much stronger than I realized.  I have known about the hand behind the throne, the elite puppeteers for many years now and had somehow found a way to live with the knowledge.  When I had first found out about them I was devastated.  Crying and feeling quite betrayed.  Somehow, I was able to compartmentalize the knowledge and keep going.

Suddenly, I feel that the giant Octopus has come crashing like a wave into my life and has taken voices that I cherish for the truth out to sea with it. The censorship that is happened at Twitter and You Tube took place on the same day.  Certainly looks and smells like collusion between them. Facebook likewise has decided that they know what constitutes “hate speech” even though judgement on these things is exactly what the 1st Amendment should be protecting us from.. Free speech is under assault and so many are sound asleep to the start of this war.

A war it is on the freedom of the mind and the freedom of the individual.  The schools are letting down our kids and our kids are using their ignorance to march against hard fought rights that are in place for reasons they obviously have not been exposed to like the Germans handing over their guns or the fact that most societies that are not armed are under fascist rule. The cabal that has been through covet (secret) means taking over our institutions is now in a flurry to shit down the one force that has emerged as a serious threat to their stranglehold on our world.  The cabal has often been compared to a octopus and this octopus is a giant.

How does one fight a octopus? The only one in myth that has done so successfully is Hercules.  He fought with a Giant Octopus.  The way he succeeded against all the arms and the giant mouth was to tie the arms of the beast together.  The beast did not know he was holding his own arms and essentially ate himself.

How can we apply this tale to the tech giants that have decided to throw in with the murdering elitist pedophiles and shut down free speech? What do they gain by controlling the masses? Is this how they determine who thrives and who dies on planet Earth?How does the story of tying the octopus’s arms together relate?  What arms are we capable of tying together?

I wish I had the answers to this problem as it has caused fear in me and I am well aware that fear is what they want me to feel because it is easy to control those who are in fear.  The only thing we have is our mind and controlling our Mighty I AM thoughts to create a world in which these controllers do not live.   Get control of your own violent mind, your own violent thoughts, your fear. 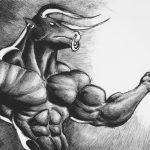 The Trouble with Bulldog the Bull GodEducation, Lifestyle, Spiritual 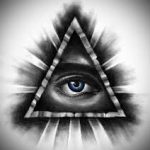 The Age of the AnonsEducation, Healthy Lifestyle, Spiritual, Uncategorized