The Age of the Anons

Finally. A movement one can believe in.  QAnon has given me hope that maybe just maybe the dark really is scattering for the corners and is no longer in complete and utter control of this planet.

If you have never heard of Q it is not surprising as the main stream media is as free as Pravda and actually much worse than those pesky Russians we are all taught to be afraid of. Our press, who should be keeping our political system honest, have been bought and paid for by that very system and are now only gatekeepers for the elite that want to control and subdue our freedoms.  These same folks label everything that is not a part of their narrative to be a “conspiracy theory” to attempt to discredit and nullify information that may make a difference to you and your choices for the future of the planet, your kids and yourself.

Have you ever asked yourself why the world has gone so bonkers over the election of an outsider? A political novice? Is it really all that bad or is Trump not a part of the narrative that we have been programmed to believe in?

QAnon is a movement of researchers and patriots who are gathering open sourced (public) information about a variety of law-breaking bad actors who also happen to be our leaders.  This process of waking up the masses to the truth of our enslavement will take a little time- and not too many folks are interested in being red-pilled as staying asleep in their cesspool of drugs, unhealthy habits, chem-trails and television shows is much much easier.  But, as John Lennon has often said, “It’s harder to live with the phony than it is to live with the real” and we all pay a price for our own and everyone else’s willful ignorance.

To look into Q yourself simply Google it- of course, Google, the great gatekeeper itself, will probably not have any results. 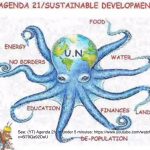 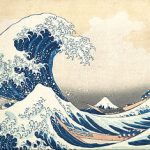 Paying Attention to the OuterLifestyle, Spiritual