When someone titles something such as a conspiracy just to discredit it, then accepting this dynamic
causes one to fall into an age old trap called deception via delusion. The greatest evils ever upon this
planet were the handiwork of conspiracies.

Conspiracies have ruled every nation, every kingdom, every tribe on Earth since the beginning of time.
And yet many fall prey to the idea that conspiracies do not exist at a time when they are more prevalent
than at any time in history. And what is the age old axiom, “Those Who Do Not Learn from History Are
Doomed To Repeat It.”

It is boggling to the mind that people can throw out common sense to engage in a lie-dynamic that
causes them to ignore veracity and instead believe the fabrication. It is also an insult to intelligence,
actually it is a lowering of intellect to even conceive of such trickery.

Nor does not it mean every conspiracy is realistic. However, one should never toss out the baby with
the dirty bathwater. If you have fallen into the trap believing conspiracies are not valid, then you have
been played and are likely to be greatly deceived.

Ask yourself one serious question, who does it benefit to cause others to look the other way when a
crime is being committed, the guilty or the innocent? How does it help to eliminate an entire section of
examination because it has been labeled a conspiracy?

A conspiracy is an activity that was created to deceptively engage in a fraud to bamboozle others. Then
who benefits when an entire field of examination is falsely labeled, which leads to creating massive
ignorance? The Conspirators… that is who.

Why is it that humans are so easily led as sheep to the slaughter? Why do many actively engage in
mental dim-wittedness. I have witnessed some of the greatest profound minds turn into jello because
they are afraid to accept the reality of conspiracies, simply because some of them have been proven
wrong.

That is like rejecting all math formulas because one was inaccurate. Therefore do not engage in
applying a math formula to anything substantive, because it was proven wrong once upon a time.
Sounds really foolish doesn’t it? No more foolish than rejecting solid core truth because of false
labeling.

I would rather be hated for teaching the truth than loved for believing a lie. Conspiracies are not just
real, they are a fact of life. It is our job upon examination to prove which is valid and reject the
temptation to ignore the crime being committed in broad daylight. 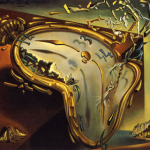 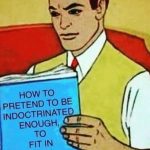